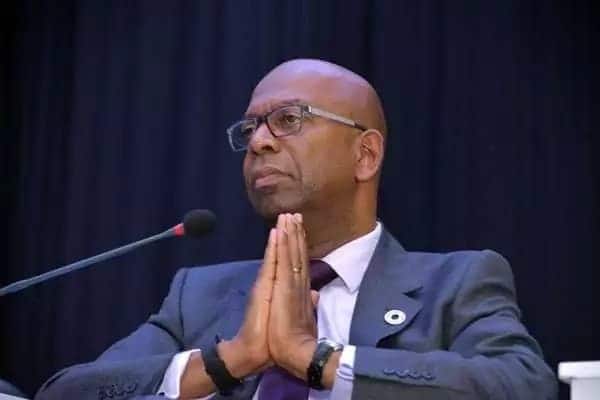 – Collymore passed on at his home in Nairobi on Monday morning

Confirming the sad news, Safaricom said the CEO died on the morning of Monday, leaving behind a wife and four children.

“It is with deed sorrow that we announce the passing away of Robert (Bob) William Collymore CEO of Safaricom which occurred at his home in Nairobi on the morning of July 1, 2019,” the company said in a statement.

Safaricom noted Collymore in October 2017 travelled to the United Kingdom (UK) to receive treatment for Acute Myeloid Leukemia (AML) and returned to Kenya in July 2018 to resume his duties even as he continued with the treatment at different hospitals.

“He has been undergoing treatment for his condition since then in different hospitals and most recently at Aga Khan University Hospital in Nairobi.

In recent weeks, his condition worsened and he succumbed to the cancer at his home in the early hours of Monday,” the statement read.

Safaricom had in May 2019 extended Collymore’s contract by 12 months, effectively delaying his planned exit as CEO of the telecom giant.

The one year extension which was expected to end in August 2020 was to cover for the time Collymore was away on medical leave for about a year.

Speculations were rife the CEO was planning to exit the firm in August 2019 because of health related issues.

The company, however, dismissed claims Collymore was to leave office in August 2019 saying the matter was being deliberated on.

“At the onset, I would like to state Safaricom PL Board has not made a decision on the matter. This is a subject of deliberation by the board.

Once a decision is made, it will be communicated at the appropriate time,” Safaricom’s Board of Directors chairman Nicholas Nganga said in April 2019.

In 2017, Collymore was flown to the UK for treatment where he stayed for about nine months before his return in June 2018.

He had made an official statement in October 2017 that he would be temporarily leaving his position at the company for medical reasons without divulging into the details.

Collymore later revealed what he was suffering from upon his return from the long medical leave.

“I went to London and they told me I had acute myeloid leukemia, a rare kind of blood cancer,” he disclosed.

Do you have a life-changing story you would like us to publish? Please reach us through news@tuko.co.ke or WhatsApp: 0732482690 and Telegram: Tuko News

Jux featured by Nedy Music in his new jam ‘Kinomanoma’

‘I won’t raise my daughter according to society pressures,’ shouts Bahati’s baby mama