“Never Give Up remix” is a spoiler of the original

Weeks after the release of the motivational jam ‘Never Give up’ by Bongo star Harmonize,he is back on the scene with a remix of the same teaming up with Tanzanian Vocalist Milly Nanace.

Furthermore, Never give up is an inspirational song that  strives to motivate people.

This a reminder to them  to be  committed in what ever they do and within a certain time they will be rewarded with success.

Harmonize did the song with a biographical angle to tell his musical journey, that was what made the song go viral.Why ? Because almost everyone could relate to that story.

Also read:Harmonize reminds us to ‘Never Give up” in new jam

The remix is a spoiler!!

In my opinion this remix is a spoiler of the original.Take it or leave it.

For the record I am not hating on Milly, in fact this lady is vocal genius among the Tanzanian Cover artists I have seen so far. 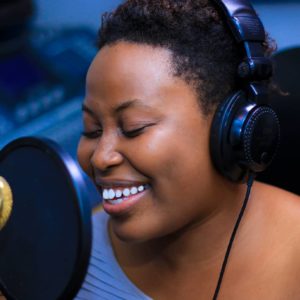 However, the rendition they used for the remix especially Milly’s is what threw me off totally.

Fine her story too is beautiful but the blend  between the two is what is missing. The chemistry too is not working at all.

For one I appreciate the fact that Harmonize is doing a good job by ‘kumshika mwenzake mkono katika sanaa”.

However, they should have done an original song.

Milly Nanace is a good addition to the song because  of her amazing voice, coupled with the touching lyrics she she adds  to the song.

The tune’s video is  not one to ignore. The black and white video  concept is classic is it paints the picture of artistry  and drama.

It  features appearances from those mentioned in the artist’s original version of the tune. We hope to see an  original collaboration of the two that will demystify  my analogy.

I am an  Opinion writer, I review East African Music and shows and an all round journalist too.