A$AP Rocky has been spotted cheerfully greeting friends as he arrived back in the US after a month in a Swedish jail for his involvement in a street brawl that two others were also held for.

The 30-year-old rapper – real name Rakim Mayers – was spotted wearing a designer head scarf over his twisted hair as he arrived on American soil in the early hours of Saturday and his friends loaded luggage into SUVs.

Still suited up and at time covering his eyes with sunglasses, he’d taken a night flight on a private jet from Arlanda airport after he left Stockholm District Court on Friday with his attorney Martin Persson.

While locked up with co-defendants – David Rispers Jr and Bladimir Corniel – David’s mother Nikita Rispers had claimed on a GoFundMe page that her son was ‘sleeping on a yoga mat with no duvet for blankets’.

She claimed: ‘In the cell next to Rocky, there is a prisoner with severe mental issues who slams his head against the hard cell wall. The next cell prisoner allegedly hurls feces, which doesn’t get cleaned up.’ 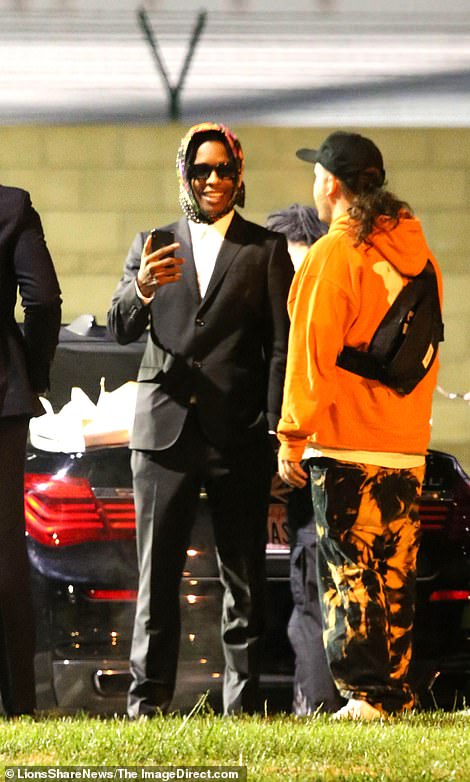 After they landed, his group of friends stayed inside the airport for about 15 minutes before emerging.

But they were in no rush to leave and hung around talking and laughing in celebration for about 45 minutes outside.

Meanwhile is NBC has reported the US warned of negative consequences if the rapper wasn’t freed.

‘The government of the United States of America wants to resolve this case as soon as possible to avoid potentially negative consequences to the US-Swedish bilateral relationship,’ the US special presidential envoy for hostage affairs, Amb. Robert O’Brien, wrote in the letter to prosecutors, dated Wednesday. 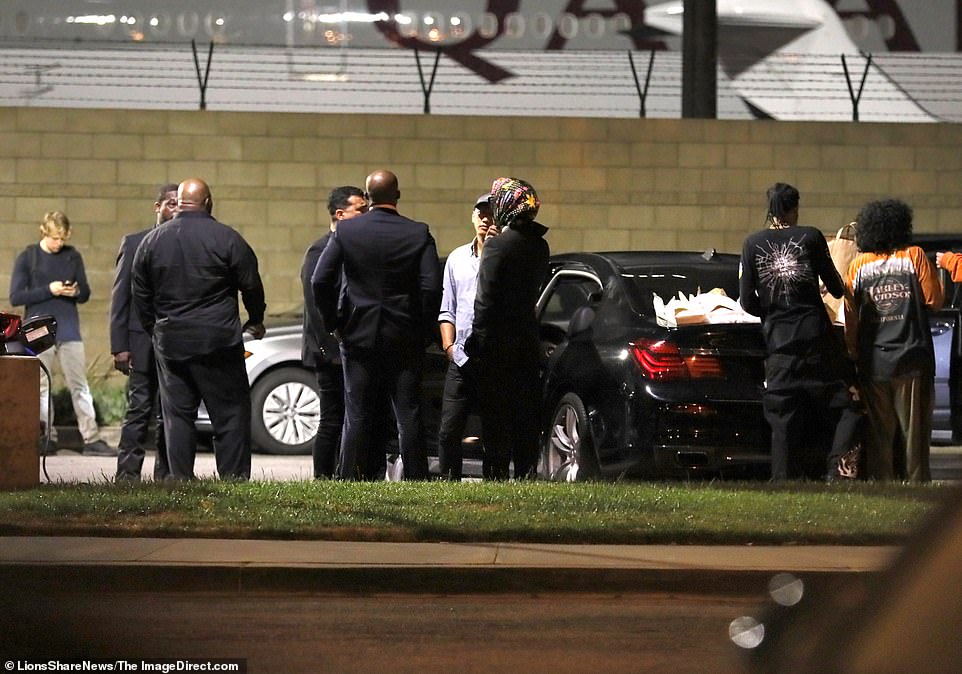 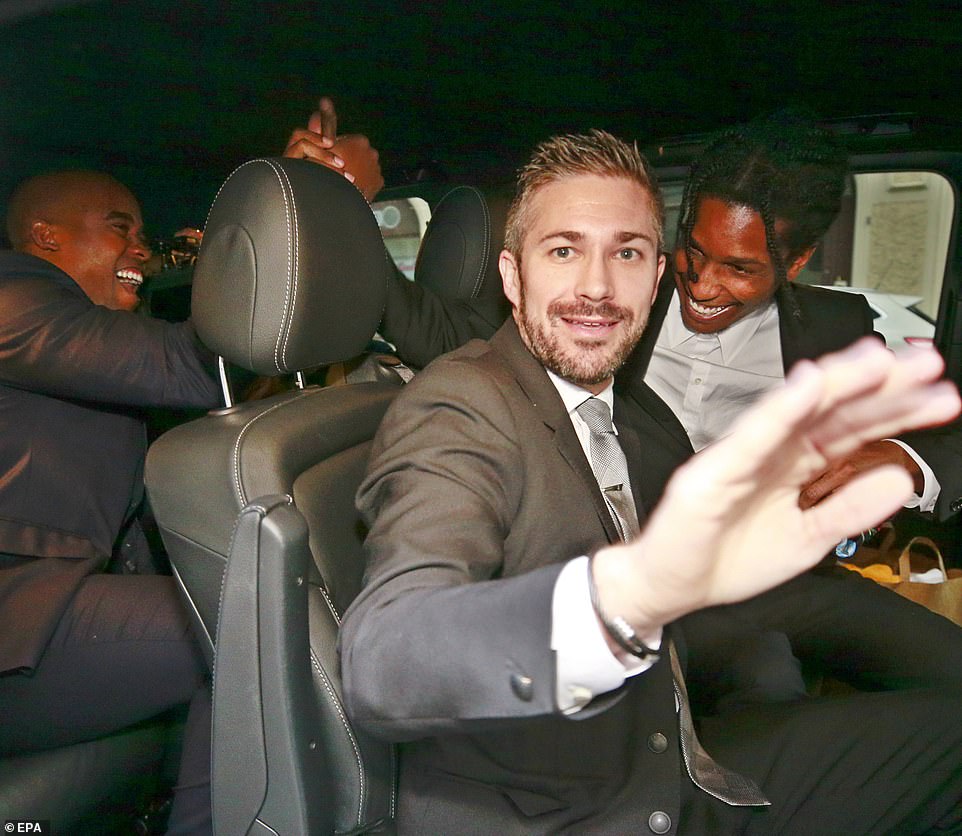 It was argued Mayers and two co-accused – David Rispers Jr and Bladimir Corniel – ‘used more violence than was needed’ apparently trying to break up a brawl involving the plaintiff, 19-year-old Mustafa Jafari.

However, Mayers’ mother claimed last month that the arrest may have been racially motivated, telling TMZ that she can’t help but consider it a factor: ‘If it walks like a duck and it quacks like a duck, then it’s a duck.’

Mayers follows in the footsteps of Snoop Dogg who also opted to dodge Sweden after his DUI arrest in Uppsala in 2015. He claimed he was not driving.

Rapper Quavo also revealed last month in the wake of A$AP Rocky’s detainment that he was held on the ground and almost arrested shortly after arriving in Sweden. He has vowed not to return. 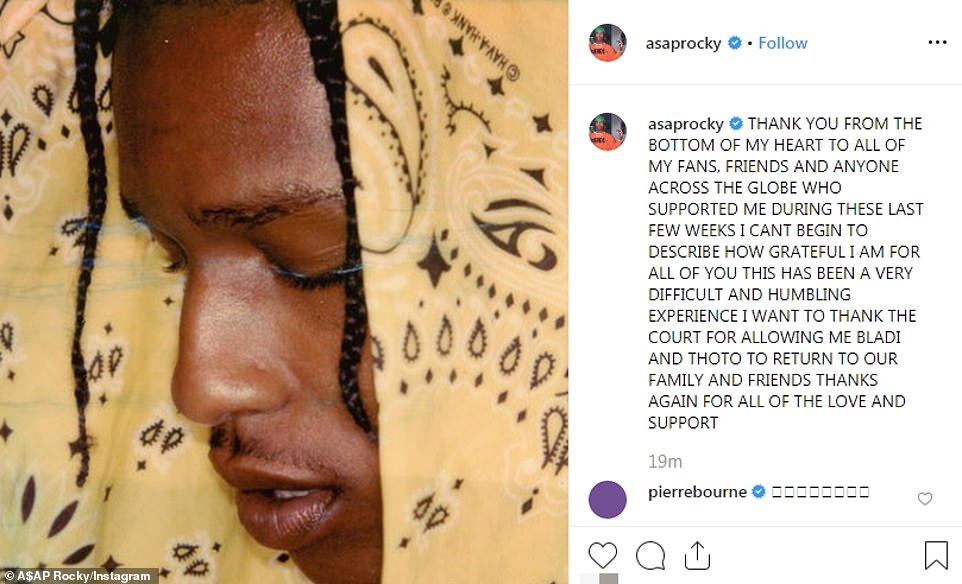