How i captured Linturi with pants – Weekly Citizen 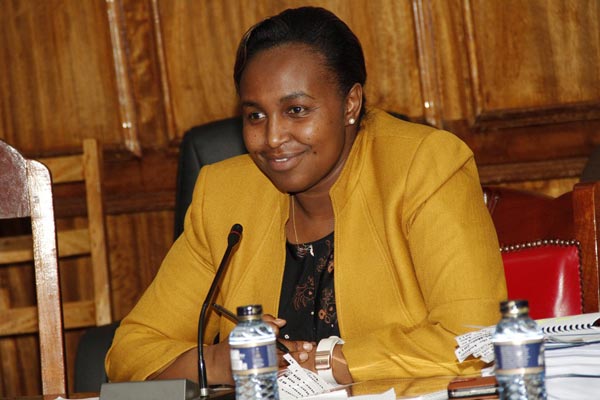 The noisy and messy affair involving Senator Linturi Mithika and DP William Ruto’s former confidant, Maryanne Kitany is a clear testimony that the woman species will always play a pivotal role in uplifting a man from nowhere and also bringing him down at her own volition to the lowest ebb of his life. That she tricked him into abandoning plans to impeach Ann Waiguru,then devolution Minister is like enacting the story of Samson and Dalila(Delila) or even the story of Bill Clinton and Monica Lewinsky.

Kitany whose name means the ‘one who hits hard “or blacksmith is out to hit hard the ever unsatisfied Linuturi into smithereens if not extinction. That Kitany became a millionaire at age 21 is a clear signal that she is going to hit Linturi beneath the belt.

History is replete with women who saved their communities while others brought down the same. Samson was brought down by Delilah((Judges 16). She was a Philistine who, bribed to entrap Samson, coaxed him into revealing that the secret of his strength was his long hair, whereupon she took advantage of his confidence to betray him to his enemies. Legendary Lwanda Magere, the blind Rock was brought down by a Nandi young beauty who discovered to her amazement that his life was in his shadow.

Chuck Smith in his book, “Future Survival” writes that for Israel to discover that Baghdad was making nuclear weapons in the early 1980s, a beautiful woman had to be used. The plan was simple. Get a beautiful Jewish woman befriend the head of nuclear programs in Iraq, who at first sight, his heart almost melted like butter. The beautiful Jewish dame was able to photo all what was going on in Iraqi’s nuclear plants without the suspicion of her Iraqi boyfriend. A few months later, the Israeli girl disappeared with all the intelligence about the plant .Later Israel bombed the nuclear facility in 1981 to the surprise of Iraq and the world.Mission was accomplished because of facilitation of the woman species.

In one of his songs, Kalenjin musician Tumbalal arap Saang quotes a brave warrior of ancient times named araap Mogos who after leading his community in conquering all their enemies, he said that only one enemy had remained (a woman).

After the messy and noisy divorce involving Senator Mithuka Linturi and Maryanne Kitany, each one should pen a book about their life and experience with each other.

The titles of the books should tentatively be titled: