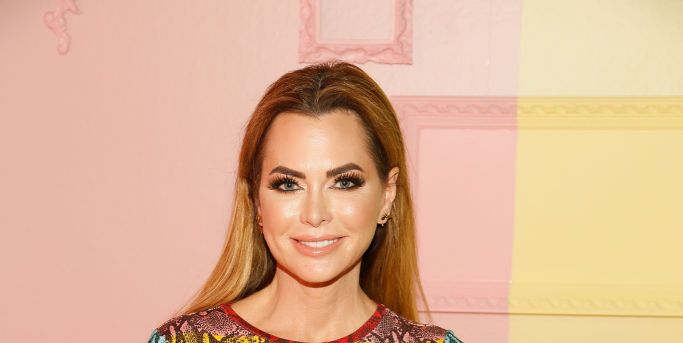 The Real Housewives of Dallas star D’Andra Simmons made some big changes in 2019. She got a facelift and dyed her hair blonde to distract fans. The founder of Hard Night Good Morning skin care opened up about her facelift and suffering from depression during recovery in a new interview.

“Nobody tells you that you get depressed,” she told The Feast. “My husband took me out to California where I had [the facelift] done, and then he had to leave three days later to go to National Geographic. And so I was there, stuck in a beach house for a month by myself, and it got depressing.”

During her recovery, she started a new daily habit: visits to her favorite donut shop. “So of course, we all know that I love donuts, and I love to eat,” she told the publication. “Well, my favorite donut place in the world is in Costa Mesa, California, and it’s called Sidecar. So of course I was going there daily to Sidecar Donuts and having my cake donuts and I gained 25 pounds before the season started.”

D’Andra felt depressed during her recovery, but she was happy with her surgery results. “My skin was in really great condition so I had good results,” she told LookBook. “I mean, I feel like I had good results. I don’t look pulled, I don’t look that different, but people kind of have to figure out if it’s the hair or the face.”

Now, D’Andra says she’s working on losing the weight she gained. “I’ve been trying to get it off,” she told The Feast. “I haven’t gotten it all off because it’s harder at 50. It’s a slow process.”

Jennifer Nied
Jennifer Nied is a contributing writer for Women’s Health with more than 10 years of writing and editing experience, specializing in wellness, adventure travel, and fitness, with work appearing in Budget Travel, American Spa, Women’s Health, and more.
Share:

Seven reasons why you should travel