Opinion | How Kamala Harris Can Make a Comeback 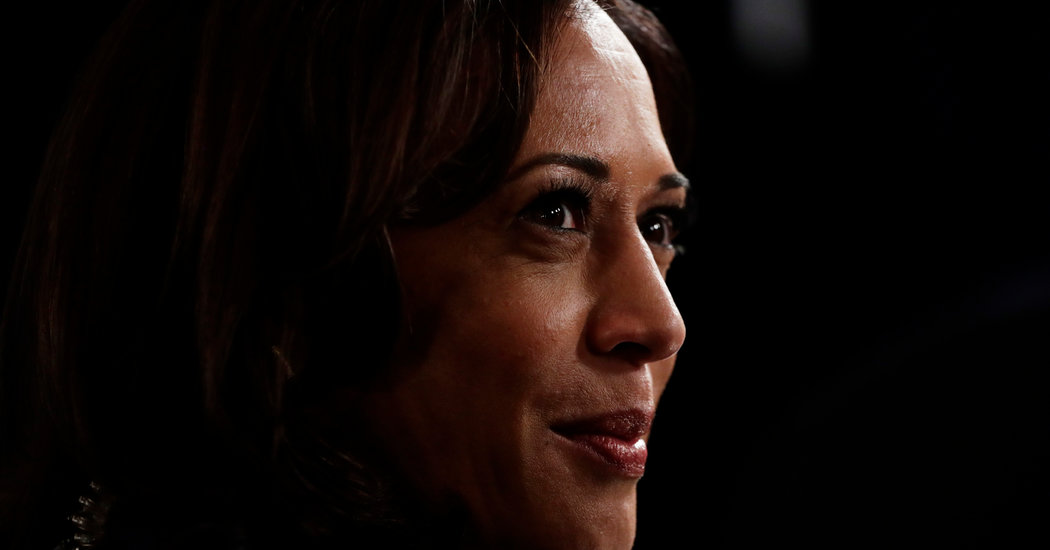 The most effective presidential candidates are able both to energize their base and persuade the political middle. Barack Obama, Ronald Reagan and F.D.R. all did so. They managed to seem exciting to their party and yet also comfortable for swing voters.

Senator Kamala Harris has the potential to pull off this trick. Her confrontational criticism of President Trump appeals to progressives, as does her relative freshness. Instead of being yet another aging white Baby Boomer, she’s a multiracial woman who’s younger than Obama.

At the same time, her résumé defies some of the caricatures that Republicans use to make swing voters suspicious of Democrats. She is a tough former prosecutor. She was an executive who oversaw thousands of employees.

For these reasons, Harris entered the campaign as a front-runner. Her kickoff rally, in Oakland, drew a larger crowd than any other 2020 event. Sure enough, her odds to win the nomination at one point in early summer, according to the Predictwise betting market, were almost as good as Joe Biden’s and Elizabeth’s Warren’s combined.

That’s the term her campaign used, in an internal memo that an aide apparently left in a New Hampshire restaurant and Politico published. Since July, Harris has dropped in the polls, and her fund-raising has lagged. This weekend, Predictwise gave her an 8 percent chance of being the nominee, less than Bernie Sanders had.

But I come to praise Harris today, not dismiss her. As the savvy political analyst Sean Trende wrote last week, she is the most natural politician in the field, and people are now underrating her chances. Last week, she had a good debate, from her opening statement directed at Trump to her stirring words about the dire peril of climate change — and our ability to overcome it.

The first primaries, remember, are still months away, and many people are only now starting to follow the race. Notably, a recent national poll found that fewer Democratic voters have formed an opinion about Harris than about her main rivals. The history of presidential campaigns offers the same lesson: When The New York Times ran a front-page story about the “mounting alarm” among Obama’s supporters over his underdog campaign against Hillary Clinton, it was late October 2007.

Harris remains an important candidate because the Democratic field remains flawed. And if you see Trump as a threat to America’s interests — which he is — you should at this point be rooting for as many strong potential nominees as possible. (That’s why I’d also welcome for a surge from one or two of the candidates way down in the polls.)

Why do I think the field is flawed? Because Biden — who really does have swing-voter appeal — doesn’t look sharp right now. Sanders looks sharper, but his democratic socialism is a bigger general-election risk than the Bernie faithful acknowledge.

Warren is running by far the best campaign, with a clear message that echoes the most consistently successful Democratic strategy of the last century: populism. Yet she still hasn’t shown enough instinct for appealing to the voters who swung from Obama to Trump and back to the Democrats in the 2018 midterms. Those voters don’t want their private health insurance taken from them.

In the weeks ahead, I think Harris has two main jobs. First, she and her top advisers should be honest with themselves about her surprising penchant for mistakes. On Medicare policy, she has twice had to explain that she didn’t mean what she sure seemed to mean. On a radio show, she made a flippant remark about marijuana and Jamaica that her own father, who’s a Jamaican immigrant, criticized. At a town hall, she laughed when a voter used a slur for the mentally disabled (to describe Trump’s agenda), and she later claimed that she hadn’t heard the words.

There is a pattern here. Harris can be too quick to speak or react without thinking. It’s an understandable problem, because running for president is devilishly hard. But the way to get better at it — as past winners have done — is to avoid excuses and be ruthlessly (albeit privately) self-critical.

Her second task is to develop a clearer theory of her campaign’s case. Obama’s was about hope and change. Warren wants to fight for the middle class. Harris stands for … what, exactly? It’s not always evident, not from her vaguely titled book, “The Truths We Hold,” and not from her stump speech.

When asked about this problem in a recent interview, Harris rejected the poetry of campaigns and said, “I come at issues through the lens of how it actually impacts people.” That’s not good enough. It doesn’t help voters understand her values and priorities.

Defeating Trump can be part of the answer. Her strong debate performance was based on rising above wonky internal party fights and focusing on him. But a negative case is not sufficient. If she is going to make a comeback, she needs a pithy positive case too.

Over the last several months, I’ve had several Democratic voters tell me a version of the same story. They had just listened to Harris appear on television or a podcast, and they really wanted to like her. Yet she didn’t quite meet their expectations. They weren’t sure exactly who she was.

In that apprehension is both the problem and the promise of the Harris campaign. She hasn’t won over Democratic voters. But many of them sure are open to her.