A day of reckoning for designated CECs in Nandi county governor Stephen Sang’s executive committee has come where the assembly will deliberate on their suitability and announce its resolutions depending on a raft of considerations.
Three nominees whose names the governor had forwarded to the assembly for vetting will know their fate after a rigorous vetting encounter with the assembly committee a fortnight ago. The three nominees, if cleared shall be filling positions whose earlier holders were suspended and latter sacked by the governor after probe on graft in the respective departments clearly indicted them.
According to the wishes of the governor, Drice Rono will replace Hillary Koech as roads and infrastructure minister, Grace Sugut who was previously chief officer for public service shall replace Valentine Chumo as minister for education while Francis Sang will be confirmed as county secretary after acting for four years. A retired military chaplain Philemon Bureti is the new designated minister for lands and environment to replace Stanley Baliach who was sent home after two probe committees found him guilty. The designate minister for roads 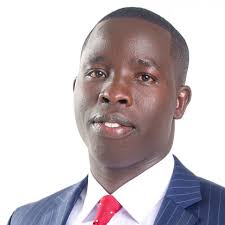 Rono is an accomplished engineer who made forays in Samburu county connecting and realigning road networks after the county enlisted his services.
Philemon Bureti, the nominee for lands and environment is the son of a former paramount chief who won the confidence of Governor Sang after he streamlined operations and completely changed the outlook of Kapsabet County Referral Hospital when he served as director of administration and planning in the department of health. His job at the health department combined with his good rapport with staff and gusto for team building have seen the public resume confidence in healthcare matters in the county.
Observers who have been keenly following appointments in the county opine that since he is a son of a former chief who masterminded resettlement of squatters in the county alongside former MP the late Jean Marie Seroney, he could easily access some useful documents and agreements to assist to unravel and unlock land injustices in the county. Prior to his appointment at the health department, he was a lecture at Mt Kenya University where he went straight after he left the army. It has been confirmed that senior county staff close to the governor are secretly plotting against his elevation to the docket because they fear to be overshadowed by him owing to his military determination to accomplish a task at a specified time frame.