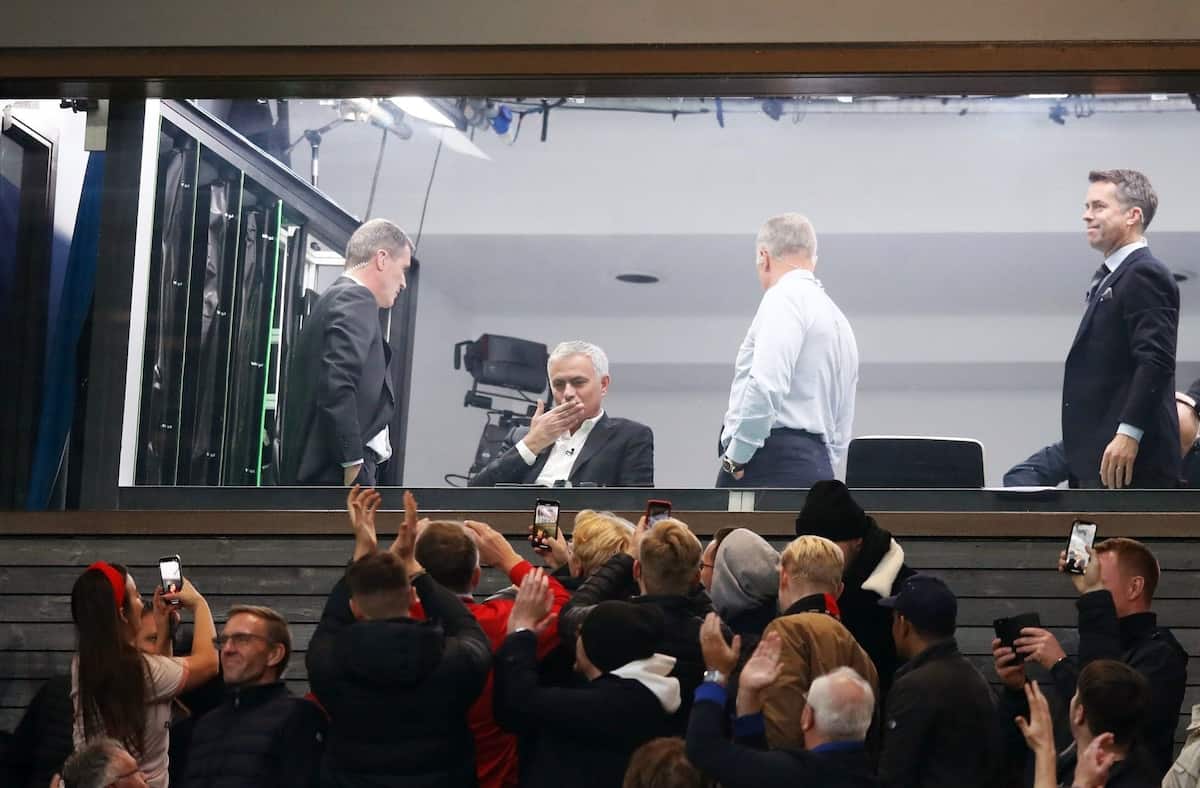 Jose Mourinho returned to Old Trafford on Sunday, October 20, but as a pundit for Sky Sports during Manchester United’s 1-1 draw against Liverpool.

A goal each from Marcus Rashford and Adam Lallana ensured both sides shared the spoils after regulation period at the Theater of Dreams.

However, the Red Devils remain outside of top ten on the table with ten points from nine matches – 15 points behind the Merseyside outfit.

Meanwhile, Mourinho, who was sacked by the club last December was sighted blowing kisses to the fans of the club barely 10 months after he was sacked.

The Portuguese was on Sky Sports set with Premier League legends Roy Keane and Graeme Souness.

After his gesture towards the supporters, some of them called that he be re-hired by the club as one tweeted: “Bring him back.” Another added: “I still have respect for Mourinho.”

A third simply stated: “Love that guy, ” before one joking: “Kiss was for the ladies.”

The game saw Liverpool drop their first Premier League points this campaign having won all eight previous matches before the game.

Only DR Congo standing on Moran’s path to history